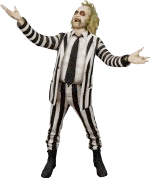 We don't know who they are really, or what their politics are.

They say it doesn't matter because they don't have a say in what's said on their networks, but if you believe that I have a nice bridge to sell you. It's in Brooklyn. ;-)

I think we all pretty much know where Rupert Murdoch stands. And the NYT has an editorial voice, as do the major news magazines. But Google, Twitter, Facebook and Medium are just beginning to develop their voices.

If I wrote pieces that consistently praised Evan Williams I'm sure I'd get more flow on Medium. I can't report that as fact, but I'm sure of it just the same, having seen how that went with his previous creation, Twitter.

Facebook has, recently, given us a better idea of how their algorithm works, but it's still pretty opaque. Concerns are raised by what their board members do to shut down free speech outside of Facebook. (I'm always surprised, as a product-maker myself, how much users know about things that I consider peripheral to the product.)

All this adds to that very subjective thing -- a publication's voice.

Now, I'm not saying anyone is doing anything wrong or that anything should change. I just want to get this out there. These systems have voices, values that are reinforced by the choices they make and the values of the people making the choices.

PS: Other tech orgs have voices that matter: Mozilla, SXSW, EFF and the Knight Foundation, as examples. And don't forget the bankers. (We call them VCs.)