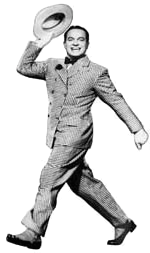 That's the headline. Now the background.

I've received notice from Dropbox that the API we're using in Fargo will stop working on that day. Since Fargo is built around that interface, it will stop working at that point. I wanted to give users as much time as possible to prepare for this change.

It's been a good run, it'll be about four years give or take, when June rolls around. I had hoped that Fargo would take off, or that Dropbox would notice it and help us build a modest community around the product, but neither has happened.

In the interim I've built a new storage system that isn't dependent on a single company, and have created an outliner that's very comparable to Fargo, that uses this new system and isn't dependent on Dropbox. Since both outliners use OPML as their file format, it should be easy to convert. You'll have nine-plus months to do that.

And even when the API stops working, the files will still be in your Dropbox folder. No need to export them, they are already in a standard format, ready to be imported into any outliner that supports OPML.

I'm sure some users will feel let down, but this is the reality of software. It's not all based on ads. We have to get enough users to sustain a growing effort. Fargo didn't make the cut. It's great software, but there are other choices. I have provided a path forward with LO2. And the outliner that's at the core of Fargo is open source, so if someone wants to create a Dropbox outliner with the new API, they can.

This change should not affect smallpict.com sites. They should continue to function after the Dropbox API change.