Corporations and love don't mix. But platforms are all about love, you can see it in Marco Arment's plea for fairness from Apple, the platform vendor behind the iPad. Marco's act of iPad love, Instapaper, is wonderful, a gift for Apple.

In the analogy of platform vendors and developers, Instapaper is a healthy baby. But Apple, the father of the platform, is confused, it can't decide if it's really not a mother. This is the confusion that comes when platforms have vendors who are corporations.

Much better if the platform vendor is a void. If you look for control and find none. The Internet is the only such platform in the tech world. And it's the only platform that works. Finding a platform with a platform vendor that works long-term is as impossible as finding Jackson Browne's lawyer-in-love. We all want to find one, dear, but they just don't exist.

You see Fred Wilson, who is a board member of Twitter, telegraph their intention to assume the markets of several of their developers. In this case it was a mistake for Twitter to ever see their product as a platform. It's a mistake they will withdraw from, gradually, having already kept for itself the juiciest APIs. This is the same problem Marco is having with Apple. And the same problem twitpic and bit.ly, and probably a few others, will soon have with Twitter.

I've spent most of my career studying the relationship between developers and platform vendors, on all sides -- as a user, as a vendor and as a developer. There's no way around these problems, other than to do away with the vendors. That works, but the vendors won't go for it, of course.

I was going through some stuff in the garage today, here in Berkeley, and came across a scrapbook my mother put together for me when I was 39. After spending a few hours sorting through stuff to give to Goodwill and other charities, I decided to scan the pictures and some of the articles.

One of the things she included was a 12-page copy of a newspaper I started with two Bronx Science friends, Mark Hayes and Jordan Plitteris. I haven't seen either of them in a long time, although I did email with Mark a few years ago. 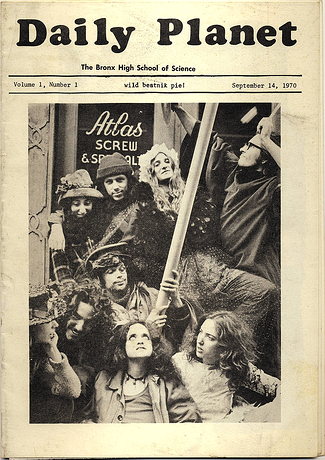 I think it's kind of cool to link up that early effort with this blog.

iPad as a one-to-one presenter 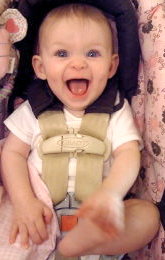 This is all nonsense, of course -- I'm merely sharing my observations, so there's nothing to "get" or not get. Apple hasn't said who they designed the iPad for, or what it was designed to do. This is smart of Apple because my guess is they don't have any idea who it was designed for, or what it was designed to do. I think they've been planning a larger form-factor iPod/iPhone for a long time (the one we all have now is the iPod) and that's all they know. They arrived at this product by following the technology, not by anticipating what it would be used for. They hope and expect we will all figure that out.

One of yesterday's comments was very insightful and led me to try something at a restaurant over lunch with a longtime friend Yvonne Burgess. She's a bit younger than me, a professional IT consultant, so she's quite technically aware. She has an iPhone. She also loves music, as I do.

I had been trying to think of a song by Simon and Garfunkle. I started to hum what I remembered of the tune and little snippets of the lyrics. "I hear words I've never heard in the Bible," and "try to keep the customer satisfied."

I whipped out my iPad and entered "keep the customer satisfied" into the search box on the browser and scored a direct hit. That's the name of the song! So I brought it up on YouTube and in a few seconds we were listening to it right there in the restaurant. (If you clicked on the link you're listening to it too!)

We could have done that with my Droid or her iPhone, but it wouldn't have been as much fun, because we both could see what I was doing. (An aside, we wanted to find out when the song came out and that was not so easy. We both searched, she found it first on her iPhone.)

I marvel at how these days we carry around all the world's information in our pockets. My uncle, who always had an Almanac nearby, would have loved this. I wish he had lived to see it. But I love it on his behalf. (Ken I miss you!)

Anyway, that's a unique thing the iPad can do, one-on-one presentations. And it's a business application too. If you're in a tech role at a corporation that has a sales function, get busy. You're going to be using a lot of tablet computers, whether they're from Apple, HP, Google or whoever. One person telling a story to another person, that's going to be a big use of tablets.

PS: Very young children love iPhones and iPads. If you've got a toddler around, check it out. They have a lot of fun with the pictures and how they move and the sounds it makes. (Some people take this as demeaning of the products, but I don't intend it that way.)

PPS: While we're at it, a lot of people seem to think you have to be either for or against something like the iPad. This is very wrong thinking. People should find out what they think by having experiences, and then reflect on them and try new things out, always feeling you have the right to change your mind. Like a lot of people I was brought up by a father who thought it was a sign of weakness to change your mind. As a result I have a very strong will about that and welcome any new idea that might shift my perspective. I wish more people did. I'm neither a Republican or Democrat, not right or left. I am Jewish but I wasn't bar mitzvah'd. Like you, I am my own person with my own mind. As LBJ God said, "Let us reason together." As Jerry said: "It's even worse than it appears."

PPPS: Lost last night was great! I couldn't help thinking "These guys dig The Matrix like I do."