The first half of the second installment focuses on fanboi theories of why Steve made the perfect decision in choosing Isaacson, but I agree with Siracusa, it was a terrible decision. My guess is that he didn't put a lot of thought into the choice. Isaacson is exactly the kind of reporter he worked with for his whole career. People who don't have any idea of what he does, or how tech products are developed. Who tell the same wrong heroic story over and over, one that sells magazines, but does not capture the process of developing tech products. This is who tech journalists are.

Even the smartest tech reporters have no idea how technology development works. And while Jobs did, obviously, understand how it works, intimately -- he deliberately drew a false picture for the reporters. So almost all the stories you read are fiction, made-up, folklore and myth. And the real story remains mostly untold.

So Jobs had no incentive to choose tech reporters to work who could think for themselves. Usually those people, when they showed up, were the ones Jobs actively shut out. Jobs was no friend to journalism, or blogging. He had no respect for other people's speech, he was a massive control freak. In other words he got the biography he deserves. One that's perfect for Steven Spielberg movie about his life. It will be shallow and wrong in huge numbers of ways, and it will be very popular. And people who go to see it will think this is how products are developed.

Jobs didn't have to control every word Isaacson wrote, and Siracusa is right that Isaacson would have written about any attempt to control, because it's something he understands really well, where technology is something he understands not at all. But Jobs didn't need control, he determined what the story was going to be by picking the biographer. And got the mediocre result that was certain to come.

I wish Jobs had had the guts to go with someone who had a deep intellect, and curiosity about who his subject was, and was tireless at getting the information from the sources who were open, for that brief period, after having been closed for so long. There was a story here, and a willing subject, and the story is probably lost.

But don't blame Isaacson for that, blame Jobs. He wasn't as excellent a person as he could have been. If he wanted his children to really know him, he would have done well to tell the story himself, or find someone who had depth and real historic perspective and ambition.

PS: In my previous piece about this book I volunteered eight authors who could have done an interesting bio of Jobs.

Hangin on a thread!

It might just be me, but everywhere I look, the institutions I grew up accepting as constants are in pretty shaky condition. 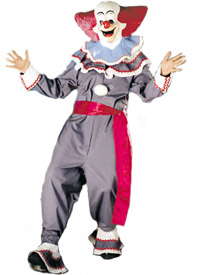 The economy is hanging on a thread. Last time we got into really deep shit, we solved the problem by building another bubble. This is something we, as a species, are good at. We depend on it. It's the illusion we create that there's meaning to the things we say have meaning. Of course they all translate into money, and money has no intrinsic meaning. Ron Paul, if he gets this, only admits to the first layer of the onion being a scam. The problem is it's a scam all the way through to the core.

The reason this was a supportable illusion in the past is because we had something to do. Our job was to invent enough technology and deploy it, and educate our people on how to use it, to overcome nature. How would we know when we got there? When most of us live our natural lifespan, and can reasonably expect that in our lifetimes we will not be wiped out by a flood, fire, famine, pandemic, something nature did.

Fortunately or unfortunately, depending on how you look at it, sometime in the last 100 years we got there. And we kept building. Until it was impossible to teach us how to use the civilization we had created. Computer networks are the latest instance. The bubbles we create these days are basically features of the computer networks. When the Chairman of the Fed prints money he doesn't actually print anything. Somewhere in some data bank somewhere a disk changes a value. A number increments. That's all.

When a hedge fund makes a bet, it's a piece of software running somewhere talking to someone else's software.

Meanwhile, oil is either running out or destroying the environment. You pick the one you like best.