Getting started with Firebug

I'm trying to figure out where the blank space is coming from in the layout of the scripting.com home page.

People suggested using Firebug, so I installed it, and it looks great, but I have a basic question to get started.

Here's a screen shot. What does the lime-green shading signify?

That's the bit I want to nuke. I can't tell where it comes from.

Update: Thanks for all the help -- I figured out what to do not only with the extra vertical space but with the help of Firebug, I now understand why text on the index pages was indented under the headings. I didn't want it indented. So I created a new class "showForIndexPage" and use it in place of "show" on the index pages. It has much more modest horizontal padding.

Things are starting to line up the way I want them to.

The Nikon camera of blogging tools?

With Scripting2 I'm aiming for the high-end of web writing tools.

Visualize a horizontal line, a spectrum of blogging tools.

At the extreme left is Twitter, with its 140-character limit, and simple River of News reader. A a blogging tool, it stresses simplicity. There really isn't a camera as simple as Twitter -- but there should be.

Immediately to the right of Twitter are low-mid-range blogging tools. Tumblr and Posterous are the leaders. They don't have 140-character limits, and they can handle pictures and media objects natively. They allow comments, and/or cross-linking. They want to provide a blogging-like experience without overwhelming the user with complexity.

Smack in the middle are WordPress and Movable Type. Both are super-rich in features, and unlike the others, offer free versions you can download and install on your own server. They also try to be easy to use, but don't sacrifice power.

Like the others, I strive for simplicity with Scripting2, but go further with features, and am willing to trade-off simplicity. It's not in the same league as Twitter because there's no limit to the length of posts, or link-blog entries. The posts have structure, a feature none of the others have. It comes with an integrated writing tool, but will have an API so browser-based interfaces are possible (and at least one is in development). I believe the API will be cloned on the server side, the same way earlier blogging APIs were.

The tool will be released under the GPL, as WordPress is, so it will be possible to integrate the two at a source level, though I don't see that being very popular. Instead, we will be able to post to WordPress, and to Twitter, and to Tumblr and Posterous, and to status.net and Typepad, and on and on. We do APIs better than anyone else. (As Stan Krute says, I'm a plumber in my heart, I believe that's true. But I'm also an outliner. And I like to make easy-to-use servers.)

Scripting2 has its own River of News reader, called (of course) River2. It's not as fully developed as Scripting2. It will get another big push before too long. I think eventually all blogging tools will have companion RSS aggregators.

When you add it all up, I think we come in at the right edge of the spectrum. Our tool is for serious web writers, the same way Photoshop is for serious graphics people, or a Nikon camera is for serious photographers. It's a truck, you have to learn how to drive it. But there are loads you'll be able to haul with this tool that you can't haul with the others.

Beginning to figure it out, in other words.

Room service for a city 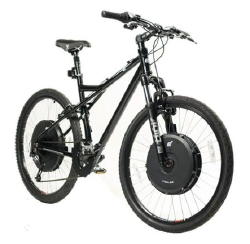 Okay it was 103 degrees today.

The single-word description of summer weather here is: Sucks.

But there's something that compensates.

Every apartment in NY, and there are a lot of them, has room service.

And get this -- it's cheap and the food is good!

At first I felt guilty for using room service at all. In the various places I've lived delivery of something as mundane as food is not only rare, it's unheard-of. In NY, you can place a $10 food order, and it will be at your door in 1/2 hour. To me, half-native and half-transplant, that's pretty amazing. No, it's very amazing.

On another note, Jeff Cheney, an old friend from SF, swears by Village Pizza on 8th Ave and 13th St. I tried it a couple of months ago and still preferred Ray's on 6th Ave and 11th St. But I stopped in there after an apointment today and got a meatball hero. It was so freakishly hot outside, the sandwich was still warm when I got home. And what a sandwich! A masterpiece. I couldn't believe how good it was. And the slice I had while I waited was pretty awesome too.

I think what's happening as my initial awe-of-NY fades, it's replaced by another level of awe. How many levels are there? I'll let you know.