It's just a phone

Over the years, the thing that's bothered me most about the way Apple pitches its products is the idea, behind everything they say, that there is something exceptional about them and their products.

This used to be something said about the United States, we were the exception. The sole superpower. The good guys. The Yanks. Whatever. If we ever were, we're not that now, and neither is Apple.

Here's a list of things to take as given:

1. The Mac is just a computer.

4. The iPhone is just a phone.

5. Apple is just a company.

Until Friday, Apple would have been consistent, over the years, in denying all five of those things. They've made all kinds of escalating claims for themselves and their products. The Mac is the computer For the Rest of Us. Think different. For the crazy ones. Culminating in the ultimate hubris, repeatedly saying the iPad is "magical." It's nice, I use mine all the time -- but magical! Come on. (What's next -- Immaculate? Sacred?) 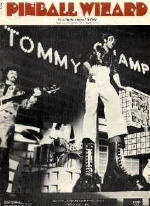 On Friday, Apple asked us to believe that the iPhone is just a phone. It's just like the phones that Nokia and RIM make, or Samsung or Motorola. Nothing special about it. That may be the single most important thing they said, and I'm not even sure they know they said it.

They want this to be over, they want to put it behind them. They want to, presumably, return to Apple as The Exceptional Company. But that's not going to happen. They're a big successful American company (who does all their manufacturing in China, btw), and they blow smoke up everyone's asses like all American companies do.

They are not exceptional. Their products are premium products, luxuries like BMWs or Cuisinarts. I buy Macs because I like premium products. I'm not planning on returning my iPhone 4. But I know they're a shit company like American or United Airlines (and yes, BMW too). You have to count your change, and don't expect them to do the right thing, unless you twist their arm real hard, and usually it isn't worth the trouble (which is why most of us don't call you Steve).

PS: Thanks to Farhad Manjoo, whose story in Slate last night helped me piece this together.

Questions about the new Digg

I've been lucky enough to be admitted to the test group for the new version of Digg that's in development. I don't think it's all that exclusive, it's kind of like a public beta, but you do need to be authorized to get in.

I'm thinking about integrating my workflow with Digg the same way I have it integrated with Twitter. To do that I need a bookmarklet that flows links into Digg. There must be one, but pecking around the UI it wasn't apparent where. Any help would be much appreciated.

Is there a discussion board for support questions? Again, a superficial look didn't reveal it