What I call paragraph-level permalinks have made an appearance in Jay Rosen's blog, thanks to the innovative design work of Lauren Rabaino.

Nieman Lab calls out the feature.

And this got a geek going, Daniel Bachhuber, whose new (today) WordPress plug-in implements what he calls WinerLinks, which of course is my last name. Hey nice to get credit for the feature.

Haven't had a chance to use the plug-in yet, but I'd like to.

The link to a paragraph shouldn't break even if the author adds or deletes a paragraph above. Not sure how you'd do this in a browser-based editor such as WordPress. My implementation is easier because I use an outliner to edit blog posts, and each paragraph has invisible attributes that move with the paragraph no matter how the document is ordered or organized. In other words, paragraph numbers are an edit-time variable, not a render-time variable.

Another feature people should look at implementing in WordPress is sub-text. It allows the author to add parenthetical ideas that are revealed when the reader clicks a little plus sign in the left margin. You can nest these as many levels as you like.

Without an outliner to edit the text, and without the ability to store OPML source text in the WordPress database, I have no idea how you'd implement this, but I'm not a plug-in developer, and have no thoughts of becoming one.

If people want to discuss how to do this here, please go ahead, and if you have questions for me, I'll try to answer them.

Hey it's been a long time since there's been interest in new blogging features. I have lots more where those came from, so we could get this ball moving again, if there's an interest.

Will the Mac remain an open platform?

There's always a lot of debate about what "open" means, so let me say what I mean by open in this context.

A story to illustrate.

Right now I'm sitting in Starbucks on Astor Place in NYC. I'm looking at the entrance to a NYC subway station. Every minute a hundred people walk down the stairs to pass through a turnstile where they pay a fare. They wait for a train, get on it. It takes them somewhere. Once there, they reverse the process (except they don't get their money back). 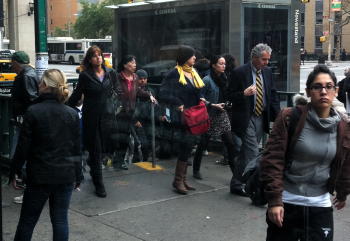 There's no Apple employee at any of the entrances, deciding if they are dressed well enough to get on the subway. There isn't anyone there to be sure you aren't carrying a virus that you could give to everyone you come in contact with on the subway.

It's in that sense that the Mac is, today, an open platform.

I can install whatever I want on it. No one can tell me what I can and can't.

I know intuitively that we took the next step yesterday toward the day when the Mac is not an open platform in this sense. I'm not going to say it's right or wrong, or a betrayal of trust, or make any moral judgements. I'm not even going to say it's not wise, for all I know it's the best business decision Apple could make.

But for me, it sucks. Makes me sad.

On the other hand, it would be smart for Microsoft to find a way to say that Windows will never be a locked platform, that they will never try to dictate who can and can't ship software for it. Seems like a small concession for a company that's operating under an antitrust settlement that prohibits it from erecting barriers to entry to the Windows platform. (And at some point, if Apple isn't very careful, they're going to end up being supervised the same way Microsoft is.)

I depend on the Mac for my work, and I don't see Apple approving my software, nor do I see myself applying for their approval.

Update: Rafe Colburn thinks the Mac will not become a gated platform.