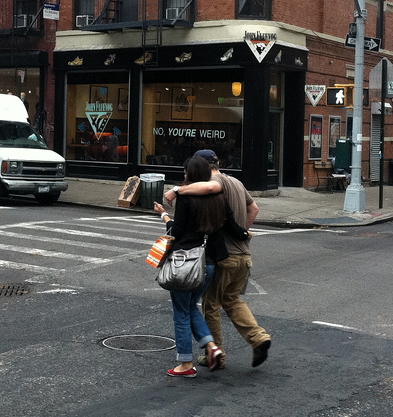 How good is Sprint 4G in NYC?

Thinking about switching from Verizon MiFi to Sprint to get some of that Wimax speed. But is it as good as advertised? The Sprint website isn't of much help. Is anyone actually using it? How fast is it? Reliable?

This site, scripting.com, a blog that has been in continuous operation since 1997, is blocked to people whose computers are controlled by McAfee anti-virus.

I hope someone can provide me with a list of the actual URLs of the files they're concerned with, but I'm pretty sure they're not compormised, and cannot harm your computer.

In the meantime, here's a list of the files in the screen shot. Some of them appear twice, not sure why. I've only listed each file once.

FrontierPsapiInstaller.zip -- here are the docs for this download. It's a DLL for Frontier, released (probably) in the late 90s, that allows certain verbs in Frontier's scripting language to work. I'm pretty sure the DLL was supplied to us by Microsoft. Never heard of a report of it causing problems. I have installed it many times, pretty sure it's included in the release of Frontier now.

snDecade.zip, snOpmlDecade.zip -- On April 1, 2007, I released a downloadable archive of the ten years of Scripting News from April 1997 to April 2007. The archive was provided in both HTML and OPML. These are those archives. HTML and OPML are text formats, and don't (can't) contain any executable code.

OPMLzip -- There is a snapshot of the OPML Editor release from April 2007 at this location. Pretty sure this is the opml.zip they're concerned about.

opmlArchive.zip -- a snapshot of the OPML of Scripting News taken in December 2007.

frontier423.zip -- the download of a major release of Frontier, which I provided as a download to show what blogging software was like in 1997. This is the software a lot of the early bloggers used. The blog post was called A link back to the beginning. I try to leave a trail behind, part of a philosophy I call Narrate Your Work. I'm glad I still have a copy of this ancient software, and I'm not taking it down or modifying it just because McAfee's software is out of control.

Update: Below is a list of URLs from the McAfee report.