They zig when they should zag 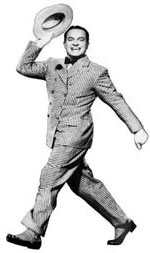 I watched the Thursday night video feed of the Columbia panel on Wikileaks instead of going there in person. After trying to listen to Keller on Fresh Air and giving up half-way through, in disgust -- I just couldn't imagine sitting through his schpiel about the social behavior problems (he perceives) of Julian Assange. I don't care, and frankly I think it's irresponsible of a person in Keller's position to take the focus off the substance, which is so interesting and vital.

Emily Bell, the interviewer, kept the discussion away from Assange's socks, and got some very interesting things on the record from the panel. For the purposes of this story though, I'm only going to look at one new bit of info. Both the Times and the Guardian are thinking about replacing the technology of WikiLeaks with their own. Instead, imho they should be thinking about creating their own Twitters, platforms for their news people to congregate in realtime and mix with the members of their communities. Both organizations should be doing much more to cultivate community. And Twitter is much more of a threat to them than WikiLeaks.

It was so revealing when Keller said that his audience had moved to the Internet. Yes, but.. His sources have too. And there are so many more sources today than there were when we were growing up. It may be the biggest single change in the way news works.

Understanding the social aspect of news, and leading us with great information and gestalts -- that's what the Times and Guardian do best. It's less important how the leaks make their way to their desks. News is now an environment, not a publication. It lives and breathes. That's what the news orgs still haven't been willing to embrace.

Fox is missing the point too, moving in the wrong direction, back onto a stage, and emphasizing the audience-ness of all of the rest of us instead of mixing with a sea of sources.

I got a comment here from the guy who runs the web side of Al Jazeera. It was more than gracious and totally appreciated.

One more thing, both the Times and Guardian said they would stand "shoulder to shoulder" with Assange if the government prosecutes. That's quite a relief and much appreciated. I thought all this trash talk about Assange was a prelude to their abandoning him. Glad adult sensibilities are showing up here, and it's nice to see the mainstream press stand up for Internet press. It hasn't always worked that way you know.