SCRIPTING NEWS
It's even worse than it appears.
Wednesday, November 18, 2020
Today's song: Something to Talk About.#
As I was writing the bit below about Emily Murphy, CNN published this story about her and the transition she's holding up, and why. She says she didn't sign up for this, but that's the way it goes sometimes. She's being called on to save her country. This is about as must-read as anything I've ever seen.#
I'd like to see a graph of all the people I follow, to see how many are connected to Trump, via a "follows" arc. I'd like to be able to disconnect from all of them. I'd like to exist in a Twitterverse that is completely disconnected from Trump. Even better if it's dynamic, so I can automatically re-follow them once they disconnect from Trump.#

Chess is on my mind. If we were playing chess with Trump, he hasn't knocked over his king yet, and he's right not to, given the rules he plays by, he still has a shot at winning. Losing as we know is a terrible personal outcome for him, not just the ego stuff, but practically speaking, he's been caught doing crimes that you go to jail for. Ask Michael Cohen. Most of us would accept the outcome, concede, show up for trial -- but not Trump. So even after the Electoral College votes, until he actually leaves the White House, it isn't over. #
Why is no one talking about Emily Murphy, administrator of the GSA. She's the single government official who could turn this situation around, yet she refuses. Why haven't there been any interviews? She has more power in this matter than any governor, or secretary of state, or McConnell even. Later it won't be so clear, once this situation has festered, but right now she alone has the power to turn the corner. I suggested on Twitter the other day we send her flowers with cards that say "Write the letter."#
Maybe Thanksgiving Day on Twitter should be for posting and RTing pictures of people who died from Covid in 2020.#
Idea for a science fiction story. It turns out that Bic lighters are an alien species sent to infiltrate our civilization and return spy data to their home planet, many light years away.#
I'm about 1/2 through the current season of The Crown. I think Claire Foy's queen with Lithgow as Churchill was the best combo. Here's a reminder of how wonderful she is. The current season so far is good, a must-watch, but not as compelling as previous seasons.# 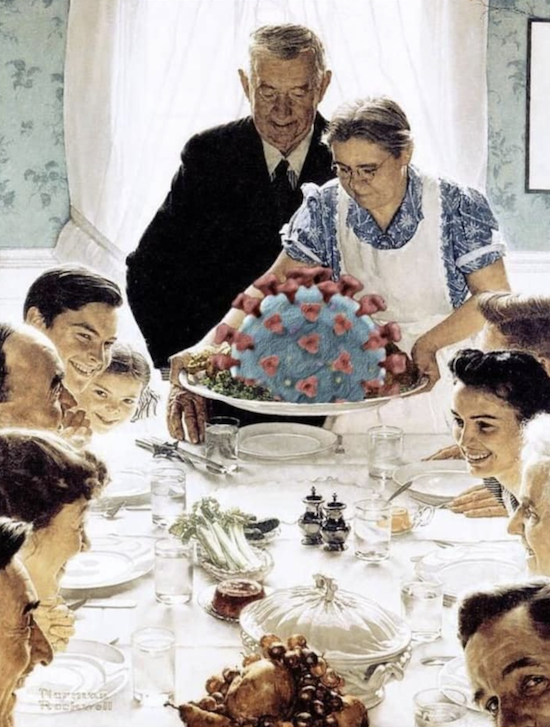