SCRIPTING NEWS
It's even worse than it appears.
Monday, March 1, 2021

Not knowing what ideas will not be tolerated in the future must make it hard for people to write for the NYT now. #
How are we going to be sure we remember January 6 and the fact that we've done nothing so far to punish those responsible. Congress is filled with instigators. Yet the Dems go along as if it's four years ago and perhaps HRC is president and the Repubs are just being assholes.#
I was asked what would you do if you were in charge of the Dems. Okay. I would do the equiv of what Trump did on Jan 6, but do it legally, within the limits of the Constitution. Turns out the Constitution gives the Dems enough power to do what's needed. Yes, it will provoke what remains of the Repubs. So when are you going to stop worrying about that and realize that the rest of us have been totally provoked. They don't worry about provoking us. Maybe that's something we have to fix.#
Like many others I learned to live with an alcoholic parent. You try desperately not to provoke them. They drink and that's all the provocation they need. But they're the adult, and you're a kid so you believe them when they say you provoked them. But kids are not stupid, you can't see how. #
Yes. The Knicks are surprisingly good this year, and fun to watch. Finally NYC has a real NBA team. Not like Brooklyn which was annointed by an itinerant group of star players. They'll be as hollow as Miami or Cleveland when they move on. #
Ethan Zuckerman: "I love the Chevy Bolt. Probably the best car I’ve ever owned."#
We're making good progress on the prototype discussion site for the Radio Open Source podcast. #

I am pissed that the press is going after Andrew Cuomo, who led us through some very dark times, when it helped to feel like someone was in charge. We may need that again, and thanks to this purge, he may not be available. But if you really want to nail him, learn about the 1977 campaign between his father and Ed Koch, for mayor of NYC. It was very mean-spirited, and Andrew was part of it. I find what the Cuomos did utterly abhorrent, but you know what, we still need people who can lead. Perfection is nice, if you can afford it. We can't. #
Donald McNeil has started to write about his leaving the NY Times. It appears it'll be coming out in installments. The first, which was published today on Medium is mostly preamble. I know what he means about being edited. I wrote briefly for Wired in the early days. I loved my first editor, she made an effort to understand my topic and me, and always made my writing better. If I disagreed she listened. Then I got a new editor, who did none of that. I read a piece with my name on it that was the opposite of what I had written. I felt like I had to write a letter to the editor saying the author (me) was an ignorant fool. It happened again, then I quit and returned to blogging where I often make mistakes, but they were my mistakes.#
I have Apple's credit card, and it's got good integration with iOS as you would imagine. I get a notification every time some business charges my card. That's a killer feature.# 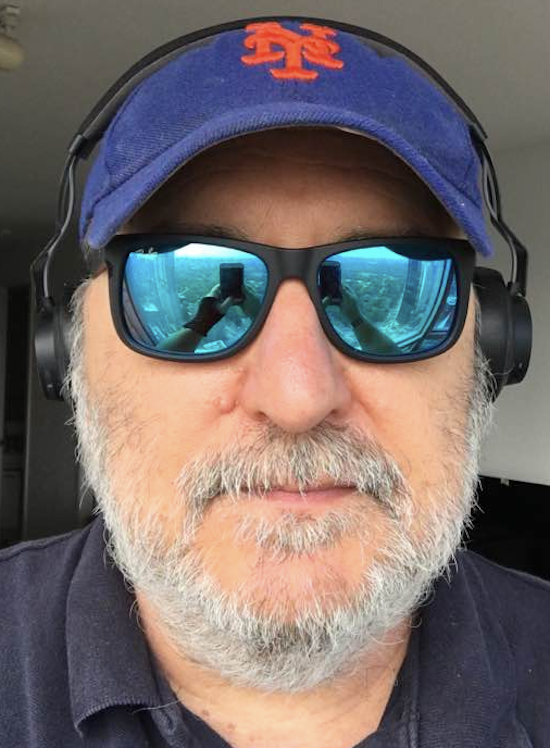 Selfie taken in my Manhattan apartment in 2017. Look for Central Park in the glasses. #
Good morning! March is coming in like a lion for sure. It sucks. This afternoon a super cold front is blowing in, after a warm few days, with slush everywhere, and it's all going to freeze. Oy. I got so tired of living in California. Oh no another beautiful day, when will the torture end. Right now I'd give anything for a warm breeze, a bit of green, some flowers, a bike ride perhaps. Can't come soon enough. Anyway welcome to another month of my life. #