There are all these Quora-like services coming online these days.

Why doesn't the Times have one?

I'm not suggesting that they develop it. Partner. The Times is a distribution channel. They already have a lot of smart readers and a smart website. Do more to bring the former into the latter.

They don't think in terms of opening the news process to their readers, which are imho their biggest asset. Bigger than the big minds they employ. And almost totally untapped as a resource for informing and advising each other.

Gradually the Times is going to have to decentralize or it's going to break.

The digital subscriber idea seems to be working. The marketing makes sense. They're talking about the reader not themselves. A major milestone for the Times. They've discovered that other smart people exist. (Sorry for the sarcasm.) Now go the next step and find a way to use more of what all thos smart people have to offer.

Dating app based on movies

I've written about this a few times before.

Maybe someday someone will make this app.

Put two people together if they like the same movies.

Re the US embassy cables

I received an inquiry from a reporter asking my opinion, as a Wikileaks "supporter," about the security breach which resulted in the unintentional release of unedited US embassy cables. In keeping with my no interviews policy, here's the full text of my email response.

Thanks for getting in touch. I have only been aware of this peripherally, as I'm sure you're aware we've been planning for a hurricane here in NY for the last few days while this other storm has been brewing.

First, I'm glad you're looking into it.

I don't have enough information to fully answer your questions.

I also don't think of myself as a Wikileaks supporter. 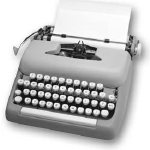 I have defended Wikileaks against the childishness of American journalists, esp Bill Keller of the NY Times, who have brought completely irrelevant issues into the discussion -- highlighting their problem -- that it's difficult if not impossible to draw a meaningful distinction that separates them from Wikileaks. So Assange has dirty socks. I don't like the Bill Keller's suits. Neither of these are germane to part of an adult conversation.

Would I prefer that reporters protect their sources? In general, yes, of course. I have myself been betrayed by reporters who I spoke to in confidence. So I don't think this is major news nor does it draw a distinction between Wikileaks and reporters.

What's new is the massive scale of leaking that can take place now. Would it have been better if they were more responsible about it? Yes. Could this also have happened at Spiegel, the Times, the Guardian? Yes! Of course.

People who earn their living as journalists should bend over backwards to be fair to people who play a journalistic role without being paid for it. The same way a professional golfer would be careful when criticizing an amateur. There's an inherent conflict of interest here. To see the professionals flaunt their conflict so openly is disconcerting. Makes me question their professionalism. That's the extent to which I support Wikileaks.

I'm cc'ing my NYU colleagues on this email.

I've been working on a new UI for web apps in the OPML Editor.

Along the way I decided to re-work the logo for the OPML Editor itself.

I got a new MacBook Air today and was excited as I was bringing it home, then I remembered -- I don't have a FireWire cable.

This is always the moment when the newness of a new Mac stops being fun and starts being a drag.

So I unboxed it, lovely packaging. Surprised to see no thumb drive with the OS on it (as the previous MacBook Air had). I went ahead and started the setup, figuing I'd go hunt around the house looking for a firewire cable (I also vaguely remembered that USB works too). Then it did something nice that made me happy and inspired this blog post. It told me it could do the transfer over wifi. Okaaaay. That's the right answer.

It told me to launch the "migration assisant" app in the Utilities sub-folder of the Applications folder on the old Mac. (I wondered what that was, I assumed it was something I didn't need to know about).

Now the new Mac is happily sucking data out of the old Mac, and I'm writing a blog post.

I always say software is a process. You watch, we'll make it suck less. It's nice when that happens.