Here's a short link to a post on frontiernews.org which is a WordPress.com site.

Twitter thinks there's some "media" there, but it doesn't display it correctly (it does open up a space for it).

So there's some evidence of a connection here, but not sure how much or what it's supposed to do.

Update: After a more careful read, there's documentation here for their support for oEmbed. There's also information about a few other services. What about the other 18 billion websites? How do we find out about their oEmbed support?

Here's the request for the frontiernews.org post mentioned at the top of this piece.

The big question is why isn't everyone using the <link> method for discovery???

I'm pretty sure that Twitter is using oEmbed to connect with other services.

I took a look, and it's pretty easy to use, but it's also pretty limited and unnecessarily expensive to operate, imho.

Consider the problem. I've got the URL of a document. I'm looking for the content its displaying.

This is what Twitter does when it wants to display a Flickr picture. It makes a query to a service at Twitter, passing it the URL of the page containing the picture. Flickr returns a bundle of info, in JSON or XML. Twitter parses the info, extracts a link to the picture and its height and width and generates an HTML <img> element.

Discovery works more or less the same way it does for RSS. Read the HTML source of the picture, and look for a link element in the head with type equal to application/json+oembed and rel equal to alternate and an href attribute pointing to the JSON or XML struct. It's all there in the oEmbed spec, no need to reproduce it here.

However, it doesn't appear that Flickr is supporting this discovery protocol in their HTML source. There are no link elements with that structure in the head section of this page.

There's a lot of stuff about discovery in the beginning of the document, and it's quite dense, and I don't see why it's there at all. Why not just use the <link> form of discovery. It's rational, there's ample prior art (it's how RSS feeds are discovered), and it's a lot simpler.

Further, why not just include the info you would get back from the query in the HTML source. It's one more web service to keep running. This really is static content that only has to be regenerated when the content changes. That's usually pretty infrequent.

Of course, I'm probably missing something. That's why I write these blog posts, to share what I've learned and to learn more, quickly. 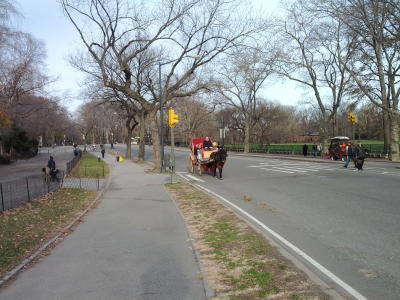 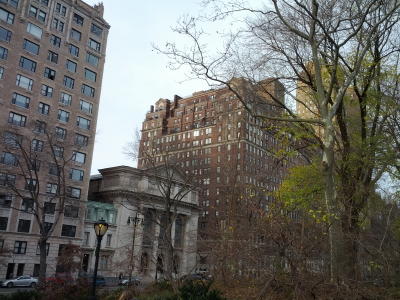 I got my new Galaxy Nexus yesterday. $800 including tax. Works with my $50/month T-Mobile plan.

I haven't used it enough yet to form an impression, but there are a few things worth commenting on right off the top.

They change things I wish they wouldn't.

Many of the icons are different. Sorry, but this is just plain wrong. The point of icons is that they don't change. It's as if the people who designed street signs felt obliged to change the symbols that mean railroad crossing or here's a hospital, or any of the other cues that drivers depend on to get around the road system, freeing their minds to think about where they're going or what they're doing.

They also changed the array of controls at the bottom of the screen. These were considered fixtures. Not something optional. I knew where to go to find the commands for each app. It was just starting to feel comfortable after two years of using Android part-time (I also use an iPhone and iPad). I assume there are menus somewhere, but where? And why move this stuff? Who do they pay to make these lousy decisions!

It's doubly bad for the new Twitter app, which got a complete UI overhaul last week. Somehow something that had become utterly familiar is now strange in two different dimensions. For what benefit?

Someone ought to write a bible for platform evolution, and we all ought to sign it before we're permitted to make decisions that affect millions of users. This isn't Unix and we don't care about your art, we care about ours. Quit fucking around, that's my message to the Ice Cream Sandwich folk (and the Twitter folk too).

While I'm on this subject, my Mom has been having trouble posting to her WordPress blog. I went and looked and of course they had ripped up and changed the UI. I had trouble finding all the new stuff, and I somewhat understand the logic of WordPress. My mom, who is very smart and highly educated, doesn't have time to learn a new way of doing things. Computers are not even close to the primary thing for her. Could we work hard to simplify stuff instead of complicating? Computer designers would do well to see themselves as servants to the users, instead of the way they view things now, which seems to be the other way around.

BTW, Jakob Nielsen trashed the UI of the Kindle Fire and the press ate it up. This is not big news. All our products have UIs that suck. No exceptions, Apple included. Some have better PR. And Jakob really needs to have a look at the competition before giving all his ire to one product.

I saw a video of Steve Jobs talking at the first WWDC after he came back. He was responding to a question from a developer who was bitter about Apple's decision to drop OpenDoc. I don't know the particulars of the developer's situation, but I'm assuming he put a lot of work into developing apps that worked on top of OpenDoc, at the encouragement of Apple people. They promised all kinds of wonderful rewards if developers jumped on board. The promises, of course, were never kept.

At the end of Jobs's talk, he talks about how hard Avie and his team are working to make a great platform, and how basically the developers should stop complaining, and just patiently wait for Avie to complete his work.

The disconnect is the developer didn't care so much about what Avie was doing, not nearly as much as he cared what he was doing, which was now lost.

A few years before that, I was working on system-level scripting for the Mac, and had developed a toolkit, with the help of Don Park, that made it easy for apps to call each other as if they were a system-level toolkit. Just like the Mac OS. So a database could provide services to a comm program, or more likely to a user who wanted to integrate comm with database (this was before communication was integrated in everything through the TCP stack).

Shortly after coming out with my toolkit Apple announced theirs, in vapor, but I had learned the lesson before about competing with the platform vendor on plumbing, so as painful as it was, I adapted my product and made it work with Apple's approach.

Then, as a skilled Silicon Valley networker, I put together lots of little deals with other developers to make our products work together.

Until one day, all the deals went kaput. I called these people, many of whom I considered friends, and was told that Apple had made deals with each of them that precluded them working with my company. They all took the deals. (And violated NDA's by telling me. Amazingly Apple had expected none of them to tell me why they were walking away from our collaborations.)

A few years later, I asked a room full of them, just out of curiosity, if any of them had made money on this deal they did with Apple. Of course not. Apple, Microsoft and Aldus (which later became part of Adobe) made all the money.

The bottom-line is that the developers would have done better, imho, working with each other, than each of them making separate "deals" with Apple. Because to Apple, they weren't deals at all. Their motive, as people, not so much as a company, was to regain full control of everything that happened on their platform. The other developers helped them do that. Once that was over, they weren't important to Apple. Even if, as individuals, the Apple people had integrity and honor, the company didn't. People move around all the time. Leave the company. Get reorg'd. The new guys, if there's any memory of the "deal" didn't feel obligated to honor it.

This is the famous Prisoner's Dilemma. It applies not only to prisoners but also to independent software developers. The police in the analogy are the platform vendor. And the prisoners are the developers.

Today, in the area where I'm working, the equivalent of Apple is Twitter. They're doing one-off deals with developers, and imho again the ones who will do well are the big companies with large installed bases. The ones who will lose, even if they get a deal with Twitter, are the small guys. And most of them will not get deals with Twitter. Most of them won't even get close.

My advice to developers who seek partnerships with Twitter is to spread your bets out. Sure, Twitter may buy one or two of you, but what if they buy your competitor? Would you like to have some hope for the future if that should happen?