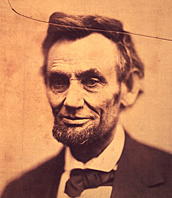 We've seen a lot of changes in media since the advent of the personal computer. And through it all, when media leaders have seen it coming, they have tried to create an acceptable change, only to eventually be forced into the inevitable change, one they don't want.

A great example of this, so dramatic someone should make a movie about it, was the change predicted by Napster in 2000. It happened so suddenly, unlike most technological shifts, that if you were alive then, you almost certainly remember the euphoria. People were talking about music in supermarkets and on airplanes. Why? Because a power that had once been reserved to radio stations, the power to program music, was now available to everyone.

I became an advocate for, and poster child for users of Napster. My first experience, which was mocked by music publishers and professional musicians, was on Father's Day in 2000, when I heard a song on the radio that reached me emotionally, in a huge way. I wanted to hear it again, immediately, before the mood passed. I looked on Napster. There it was. And I got to listen to it within seconds. That in a nutshell was the innovation, if you care to call it that. I think of it as a dam breaking. A technical limit imposed by copyright owners, that wasn't necessary from a technological standpoint. Database technology and Internet connectivity had advanced enough, years before 2000, to make the old record store-based distribution system obsolete. All it took was a nervy young dude, who felt he had nothing to lose, to break down the barrier.

The copyright owners were able to shut down Napster, legally, but the idea of users programming their own music had escaped and today people think nothing of it, using Spotify, Pandora or whatever -- to get the music they want when they want it. Has the music industry been able to adapt? No, or somewhat, it's not clear yet. But there are no guarantees, when your business is based on a temporary technological limit. When the limit is erased, so is your business model.

Napster and the music industry is just one example. It's happening everywhere, in every medium. The latest eruption is in books, with Amazon saying that e-books should be cheaper, and book publishers saying something else (not clear to me what they're saying).

To figure out if it's a lost cause, if eventually a new equilibrium will create a path around your paywall, ask yourself if it's inevitable that the limit you depend on will always be there. If not, then you'd probably be better off accepting the change as soon as possible. And don't try to create an acceptable level of change, as the news industry is still doing. Only the full change predicted by the technology has a chance of finding a new balance.

It can be hard to do this. Especially when an industry has convinced itself that it is, itself, the disruptive change. This happened to Microsoft in the 90s, when the Internet forever changed the way software is developed. Their reaction was to try to capture all the newness of the Internet in their software stacks, Windows and Office. It worked for a while, until they felt they had the insurrection quelled and took their eye off the ball, and their products were overwhelmed by malware. Since they weren't using the Internet the way their users were, they didn't see it, or if they did, didn't recognize it as their problem. Apple was no more tuned in than Microsoft, they were just lucky that their OS was not dominant, therefore not targeted by the malware makers. That's how the shift away from Windows started.

Books have gotten easier to buy and read using electronic technology. All you have to do to see that is to buy a book on a Kindle and compare the experience to buying a book in a bookstore, the act that the Kindle replaces. It uses a tiny bit of Internet bandwidth to transfer a book from a server to a reader. The user experience, esp for 700-page books (an experience I tried recently with a paperback and found impossible), is vastly superior. You can carry your library with you everywhere. The cost, of course, will go down. Perhaps that means less money for publishers and authors. So you have to figure out what the world will look like after this change is complete, and prepare for that world. Longing for the world as it was before the change is pointless. Lots of people have done that, argued for it, but it never seems to work out for them.