I was out in the snow today taking pics and shooting video. 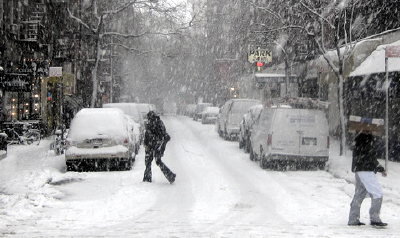 A note about comments

I welcome comments that add other perspectives especially those that actively disagree with me in a vigorous way. However, I don't allow negative comments about people. There are plenty of places on the Internet for you to express those opinions.

As long as you stick to discussing issues and products, no problem, but as soon as it gets personal -- goodbye, and there are no appeals.

Another thing I don't like is talking about me in the third person in the comments. Think of a comment here as a Letter to the Editor, and on this blog, the editor is me. If you're talking about me to someone else, either take it offline or skip it.

Update: If a comment is sarcastic or devoid of information or ideas, especially if it is anonymous -- I delete that too. There's no point blocking anonymous people, for obvious reasons. You think someone is talking gibberish but you don't have the guts to put your name on it -- why should anyone care?

What's going on in NY?

A very brief piece with some initial thoughts.

I wanted to live in NY because I always wanted to live here. This is where I grew up, where my roots are, where I fit in. I've already made friends with the owner of a local hardware store and coffee shop. Their ethnicities are different, but fundamentally they share the same approach to life -- that of a New Yorker.

If you came from Chicago, that's where you'd fit in, probably. Same with any other place, Florida, Paris, Costa Rica, Buenos Aires, Shanghai, Sydney, Mumbai, Egypt or Israel.

But that's not all.

All my career there's been a tension between technology and media. Very early in my career I saw they'd meet, and I made a good choice to put myself firmly in the technology world, because that's where the growth was. I don't think that's where it is anymore.

I also don't think the growth is in media, believe it or not. I don't think the big organizations are going to turn the corner. I think they're finally coming around to that belief too.

But if it isn't tech and it isn't media, what is it? Ahhh.

We don't have a name for it yet. I call what I do "media hacking" and like the new Japanese doctor on Lost, I am using a phrase that only approximates what's going on.

There are a bunch of smart, mostly young, people who work either in tech startups or inside big publishing companies who will, in a few years, form the companies that are hybrids of technology and publishing that will lead us into the future. They won't be like Google, Facebook, Twitter or Apple. And they won't be the NY Times, Time-Warner or even the Huffington Post or Gawker. But they will learn from all of them.

Intuitively, I feel NY is where this is going to happen.

I also think a university will play a role, like Stanford and Cal did in the various tech booms, in bringing people together. That's where I belong right now, and that's why that's where I am.

Vague? Yes. But it's a Ouija board. Lots of people get to shape the future, and only ideas that work will be part of that future. The way to get there is to try lots of things out.

As I used to say in the early days of the Web boom: Zoooooooooooooom!

There are a lot of mottos that when you actually think about them, teach you not only how to behave, but how to change. For example -- "Only steal from the best" might sound like an admonition to steal, and it is, but there's more to it. It says you should acknowledge those who inspire you. They're the best. It's important to reward people for letting you stand on their shoulders because it will encourage more people to give generously, believing the generosity will be reciprocated.

Another famous motto: "Keep your friends close, but keep your enemies closer" has a surface meaning, it appears to be practical, and it is -- but at a sub-surface level you learn that enemies brought closer can become friends. Someone you're close with is someone you share intimacies with, that's what closeness is. And over time that develops into trust. Most people you think of as an enemy are probably more like you than you can see. Bring them closer and you see they mean well. Keeping them at a distance preserves their enemy-tude (yeah I've been watching The Big Lebowski).

Which brings me to a parable that I tried to relate this morning on Twitter and raised more questions than I answered. Here, in the longer form, I'll try to leave nothing to the imagination. It's a story of drawing your enemy closer, and getting a benefit.

Early in 2001 I got an email from someone whose name I don't remember (I immediately forgot it) who worked at the NY Times. The email included a link to a public folder on a website. The folder contained sub-folders with the names of various publications and syndication services. Inside each folder were files with names like sports.xml, international.xml, metro.xml, etc. My heart rate went through the roof, my breath drew short, my eyes opened wide, my tongue drooped out of my mouth. I felt as an ancient explorer must have felt when he opened a door and found King Tut's tomb. Oh the wealth. Oh the humanity!

When I looked inside the files I was not disappointed. Here were synopses of all the stories of the day. Everything that was in the print NYT, or on their website, in parsable XML. So I dropped everything and wrote an app in Radio UserLand called nyTimes.root, that read the files in one of the folders every hour and turned out RSS on one of UserLand's servers. Of course I wrote that up on scripting.com, including links to the RSS feeds.

Shortly thereafter, nine years ago to the day, I got a call from a licensing person at the Times, who very politely and nicely requested that I stop. Of course I complied. I knew the call would come. But I hoped it would start the conversation that it did.

The Times could have seen me as an enemy and distanced itself from me. But they took a different approach. They made me legal! A few months later I had a contract that allowed me to include the content in our Radio UserLand product. Of course I didn't hide the sources, a lot of people thought they had made a "discovery" when they found the feeds sort-of hidden in the product, but I knew they'd find them, I wanted them to.

Punchline: Keep your friends close, but keep your enemies closer.

Another motto: Snatch victory from the jaws of defeat.

Another: Make hay while the sun shines.

Another: Turn a lemon into lemonade.

The wisdom of the ages!

PS: It's even worse than it appears.

The other day I snapped a picture out the window of a sunny sunrise.

This morning, it's a different picture. Snow! Not a lot, at least not yet. But it's here. So Manhattan is not immune, but so far a snowstorm is a lot like a rainstorm. I'll keep you posted as it develops. 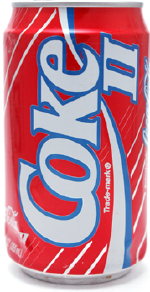 I only know about first impressions of Google Buzz because once I saw what it did to my Gmail inbox, which is a mission-critical app for me, my mission became How do I turn this off?

This came after I learned that it made no attempt whatsoever to be Twitter API-compatible.

It violates the prime directive of new software. It starts turned on, and the way to turn it off is all-but invisible. And it invades a space that heretofore Google helped to protect. One of the big values of Gmail is its spam filter. Now all of a sudden it's as if the exhaust was reversed, and it was spraying dirt into my message stream, instead of filtering it out.

New software should be easy to try out, and there should be no penalty for doing so. Here, they didn't even give us an option, I was automatically signed up, and the way out was hidden. The first bit, which is fun -- create a new post -- is followed by a flood of new messages in a semi-sacred private place, my email inbox.

Bottom-line: There's no good reason why Buzz (terrible name, btw) should be integrated with Gmail. The company showed the worst judgment. It took what was the industry leading web mail product and turned it into a lab experiment. Once I turned it off (it's not hard, there's a switch at the bottom of the Gmail home page), Gmail went back to being Gmail, and not a nightmarish ad for Google's software design ineptness.

After all that, Kevin Rose's analysis is right on. He calls them feature requests -- clever -- but his concerns are so basic, it's another way of saying this should have been labeled pre-pre-beta and should have been opt-opt-opt-in with disclaimers and confirmation on confirmantion, instead of turned on by default for all Gmail users.