To bring you up to date on the saga of TechCrunch, a few events yesterday (not all of them, just a slice).

1. MG Siegler suggests this might be the end of TechCrunch.

2. Mike Arrington demands that AOL live up to its promise of editorial independence for TechCrunch or sell it back to him.

3. Henry Blodget looks at all the likely outcomes.

It's worth at least skimming all these pieces to see the different points of view and possible outcomes. But there is one outcome that no one has considered, at least that I've seen, which I'd like to put out there.

What if TechCrunch were relaunched as the tech pub of and by the users of tech?

The promise of TechCrunch was that it would write unfiltered user-centered reviews of tech products. And in doing so would keep the tech industry honest in a way that the computer press never was able to. That was what Mike was doing when it started, and it's why I supported it, in the beginning, and promoted it, and used it as a shining example of what one person could do with blogging technology.

It eventually failed in this mission, because it became the ultimate insider's publication. So much so that it now flaunts it openly with the CrunchFund. The founder is taking money from the investors whose companies they're supposed to be keeping honest! Never mind the ethical considerations, who could trust such a publication? If the investors want to get their ideas out there, hire a PR firm. That's essentially what they are proposing to turn TechCrunch into, finally -- but the transition was almost complete anyway. 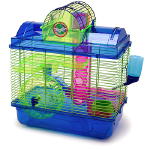 What if the editorial content of TechCrunch and the point of view of its interviews at its conferences, instead of being for the insiders, and analyzing business models that turn the users into more profitable hamsters, getting a good workout spinning the wheels but living in cages, what if it was the leading tech pub that championed the users, and along with studying the art of software, investigated the schemes of the companies, and looked into how well they were treating their users. Rated companies and products not by how they were exploiting users, rather by how they were serving them.

Here's a chance for AOL's populism to re-surface. To align itself not with the money-movers, but with the people who got their start on AOL and are now using the Internet.

Just a thought, perhaps something worth considering.