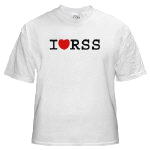 I've been emailing with a number of people who are working on apps that use RSS. Every time this happens, I think we should have a public mail list for this, but then I think of all the crazyness that happened in the past on RSS mail lists, and I move on to something else. This morning, I decided it was time. There's too much of a backlog of new stuff to talk about and evangelize. If there's an outbreak of mean people I'll turn moderation on, and if necessary just shut the list off. Hopefully that will be enough to keep the discussion focused on solving problems and helping people.

I posted a note about this to my linkblog, so there are already a few members.

One by Rolling Stone's Matt Taibbi explains that "Obama's JOBS act couldn't suck worse." It's a good piece, but it could and does suck worse. Taibbi, who wrote an excellent postmortem of the mortgage securities meltdown of 2008 hasn't yet pieced together the full dimension of the rush to entrepreneurialism. But it's good that he isn't snookered into believing, as so many are, that there's a difference between tech financiers and the ones who caused the meltdown.

Where the previous meltdown caught financiers using our homes as chips in a Ponzi scheme, Taibbi hasn't yet figured out (apparently) that this time around they're gambling with the future of a generation of our best and brightest. When the bubble bursts it's going to leave a lot of young people with wrecked lives. It'll make a great book, but it would be even better if we could put the brakes on some of the euphoria before the bubble grows too big. Yeah lots of luck with that, I guess.

So Obama is a bad man, a political product, like Nike or Apple. He wants to get re-elected, so he does what the big money people ask him to. But as a product, he makes an interesting case study.

The other article says he's going to use the Buffet Rule as a campaign issue. Good for him. We need to even out the taxes. Rich people don't pay their fair share.

And if the President is smart, he'll smile and tell a Harry Truman story.

A man in a crowd at an election rally in 1948 yelled: Give em hell Harry!

Then the President said something that has forever endeared him to the great myth of American individualism.

"I don't give them Hell. I just tell the truth about them and they think it's Hell."

The President could tell that story and use that line.

It would make people happy.

PS: This letter-writer to the NYT had the same idea.

PPS: Yesterday's acquisition of Instagram by Facebook for $1 billion adds a lot of dimension to the bubble.