I've looked into it, and it just isn't worth the expense and complications.

Yet Google thinks it's so important that I support HTTPS that they're willing to penalize sites, in their search ranking algorithm, that don't use it. As far as I can see, the two things have nothing to do with each other. Could a spam site support HTTPS? Sure, and you can expect they all will, because they exist solely to get rank in search engines, and Google is #1.

Could Google have other reasons for wanting to penalize sites that don't have HTTPS? Sure, because it helps drive content to their farms, Google Plus and Blogger, and probably a number of others, all of which of course support HTTPS.

And this enhances lock-in for Google, because it's economic for them to implement HTTPS for their domains, and that will encourage people who move their content to Google servers to use Google domains, because HTTPS is implemented on a domain level. 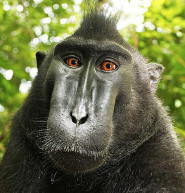 We've already encountered this with Amazon S3, which is where the content for this blog is hosted. I could have HTTPS, immediately, if I was willing to use this URL for this post, instead of this one. The latter address gives me flexibility. If a better way of hosting content comes along, I can move my content there, and none of my links break. I've done this many times over the 20 years this site has been in existence. The first URL is irrevocably tied to Amazon. Which is where the lock-in would come from, if I went that way. No fault of Amazon's because they're happy to let me continue to host my content with HTTP. If they were to force me to switch to HTTPS, as Google is trying to, they would be driving me to lock-in, as Google is doing.

Maybe this is all very innocent, maybe Google just wants a more secure web, and they aren't trying to move content off independent blogs and onto their servers. No matter, it has the same effect, regardless what their intentions are. It doesn't matter to me whether they're evil or not. What matters is that this is yet another reason to give up on independence and trust big tech companies with being the platform vendor that the Internet supposedly doesn't have.

When they come asking for support for net neutrality, as if it were a public good, I remember that my interests and Google's are often opposite. Unless you're a Google officer or shareholder, you should also keep that in mind.

PS: My blog doesn't need an editor, either.