SCRIPTING NEWS
It's even worse than it appears.
Friday, August 21, 2020
A bug fix for BingeWorthy. When you change the rating of a program, the list of people who rated it now changes to reflects your rating.#
In all media I want to pay for what I use. Instead everything is priced flat rate, it’s all pretty much a ripoff. I have Hulu, Disney+, YouTube TV, Netflix, AppleTV+, Amazon. I mostly just watch news and sports. I pay a lot of money for nothing. It's as ridiculous as with news websites. As a user I want an EZ-Pass.#
Wouldn't it be great if people from the cities migrated to places like Wyoming and Idaho, where very few people vote, yet they have two senators and extra Electoral College oomph. Might not even be too late for the November election in some states. And btw, Zoom works in Wyoming too. It's almost like a bug fix for the Constitution. 💥#

Today's Daily podcast explains what it's like for a reporter inside the NBA bubble. Totally worth listening to. But as with the last Daily I listened to, it has a significant error. At the end they say that what the NBA has done is too expensive to replicate elsewhere, but -- it's not true. The NBA is doing what China, South Korea, Hong Kong, Taiwan, Iceland, Singapore, Vietnam did. How did I learn about this? From the Daily podcast, in repeated interviews with Donald McNeil. An NBA-style bubble can be as large as the US.#
A podcast to progressives. This was the convention for all Americans who want to fight the virus and keep the Constitution. We know for a fact that progressives want this. We have to appeal to people who may be on the fence. The DNC was a commercial. Marketing. It wasn't there to make you feel heard. Personally I think to fight the virus we'll need to have single payer soon after Biden takes office. There may never be a moment where you hear from everyone that you were right. You'll have to find the glory within yourself. #
DeJoy should be called DeStroy because he’s doing that to our postal service.#

Such a shame to see RSS readers nuzzle up to Feedly the way they did with Google Reader. This will not end well. Don't centralize technology whose main power is decentralization. But there's no law against it. Maybe it's a business model. And no I don't care if users want it.#
Sometimes you have something to say but it's a general thing, not about one specific instance. For example, someone could come up with yet another exhausting attempt to re-invent RSS without saying that's what it is. The tech world is littered with them. Each one is a bad idea. But I'm not going to call out any specific one, that's not practical. I'd be saying it all the time. #
Leonard Nimoy. A perfectly good actor, capable of playing lots of roles, but because he was Mr Spock on Star Trek, you'd always think wtf is Mr Spock doing on Mission Impossible. Typecasting. Another example. Bill Buckner, a good first baseman with a long career. He misjudged a ball once. That becomes his whole life story. As they say, it is what it is. # 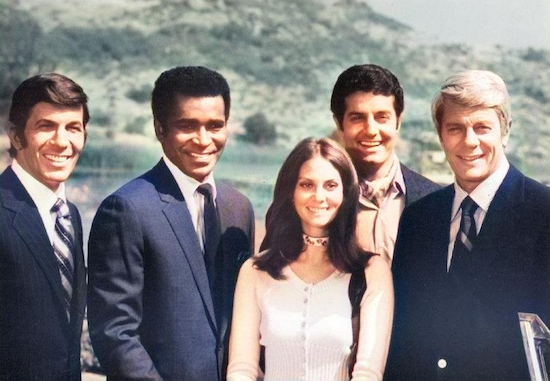