Things are going to get interesting as CitiBike goes north up the west side of Manhattan.

The yellow markers in the map below are stations that haven't been installed yet. But some of the new ones have already been installed. 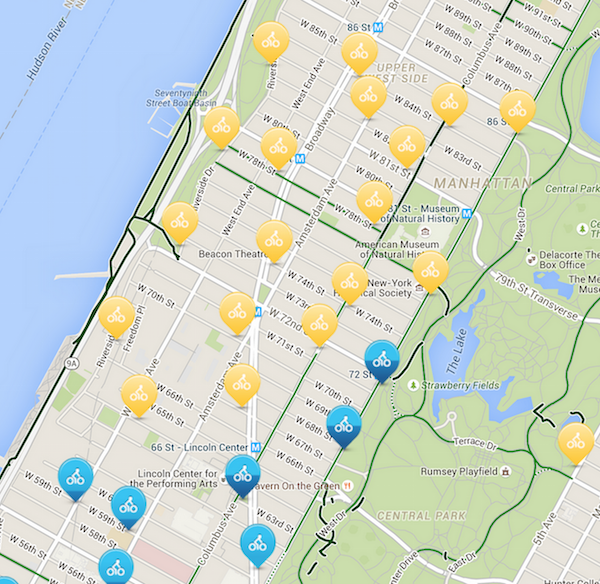 Places you'll be able to get to by bike: Lincoln Center, Zabar's, Barney Greengrass, the Museum of Natural History, the Metropolitan Museum, 72nd St stores, the Marina, a bunch of new places on the edges of the park. I only wish they put a station near the fountain in the middle of the park. It would probably have to be huge it would be so well-used. (And it would lead to lots of abuse by bikes on walking paths, which is probably why they didn't do it.)

If you have a restaurant or shop in Manhattan, west Brooklyn or Queens, pay for a CitiBike station outside your business, and let your customers know they can conveniently ride a bike to come eat or shop there. It'll be like having a subway stop in front of your store, soon enough. An investment for the future of the city.