The Constitution is not a suicide pact, part 2

Jonathan Schwarz: "Of course, as people with a sophisticated understanding of the law know, there's a huge difference between ignoring the debt ceiling and bombing Libya. For instance: Obama wants to bomb Libya."

Okay, good point. Obama doesn't care about the power of Congress when it comes to Libya, but he's reluctant to challenge them over the debt ceiling. Didn't see through that one.

On the other hand, Eric Posner and Adrian Vermeule, writing in the NY Times, think in the end Obama will have to raise the debt ceiling on his own. And the 14th Amendment won't have anything to do with it.

Wouldn't be the first time. Abraham Lincoln suspended habeas corpus during the Civil War saying that "it was necessary to violate one law, lest all the laws but one fall into ruin."

Posner and Vermeule continue: "Franklin D. Roosevelt saw this problem clearly, and in his first inaugural address in 1933, addressing his plans to confront the economic crisis, he hinted darkly that 'it is to be hoped that the normal balance of executive and legislative authority may be wholly equal, wholly adequate to meet the unprecedented task before us. But it may be,' he continued, 'that an unprecedented demand and need for undelayed action may call for temporary departure from that normal balance of public procedure.' In the event, Congress gave him the authorities he sought, and he did not follow through on this threat."

Who was it said that there is nothing that stinks worse than NYC during an extended summer heat wave?

Everyone who's here during a summer heat wave!

It's an old city. With lots of leftovers. They stay out of site, but not out of smell during the dog days. And folks, we're officially in the dog days.

No matter. Still have to ride the bike. I swore I'd be up at dawn to beat the heat and the crowds. Didn't make it out until 9AM. There weren't any crowds cause it was already disgustingly hot. And stinky!

And man what a headwind going uptown.

Was talking with my bud Dave Jacobs, back in SF where it's not so hot, about headwinds and tailwinds. I think in the west we spend our lives in a tailwind. The thing about tailwinds is you don't realize you're in one until you turn around and head in the other direction. The headwind informs you of the tailwind. So when the Repubs deliberately turn us around, which they seem intent on doing, we'll all find out how well we were doing. But then it'll be too late to turn around.

I learned this when I visited New Orleans a few weeks after Katrina. I had just been back there a few years before and was totally impressed with how the city had joined the rest of the culture, with Starbuck's, Barnes & Noble, etc. Internet did it. And Katrina wiped out a hundred years of development.

A civilization is a build-up of a lot of momentum. Think of that as the tailwind. When you knock it out, it takes a long time to come back. If it ever does come back. 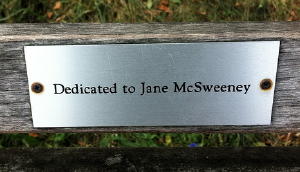