Hey it's been a few days since my last ride. This one was short. Real windy out there, but sunny and warm.

Lots fewer riders on the pike now that the summer holiday season is over. Everyone's back in school and at work? 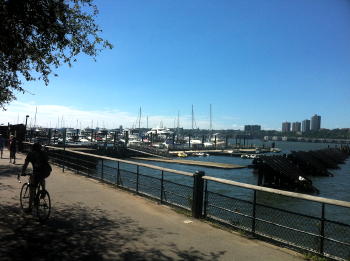